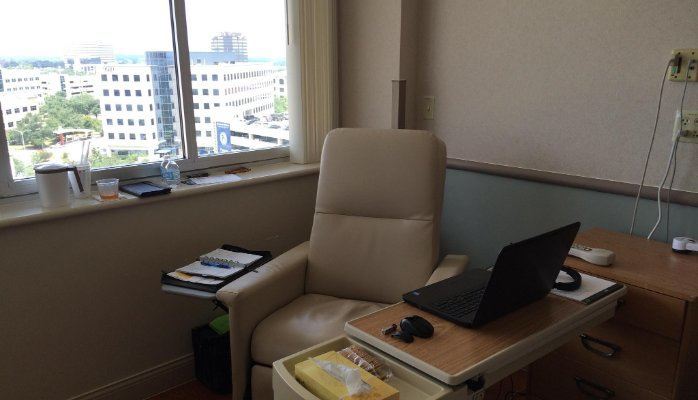 I interviewed a man a few months back who was just full of excuses.

He had left his previous job without a two week notice. When I asked why, he said it wasn’t his fault and all I got was an excuse.

Then he told me that he wouldn’t be able to physically come into the office and that I would have to come to his house to train him. When I asked why, he said it wasn’t his fault and all I got was an excuse.

After about two months of training and time invested into this guy, he told me that he might have to take some time off. When I asked why… again, he said it wasn’t his fault and all I got was an excuse.

SO…I hired him anyway and he ended up being one of the most inspirational people I have ever met.

As it turns out, he had to leave his last job because he was diagnosed with cancer and had to begin chemotherapy immediately to have any chance of beating the disease.

He made it through chemo and was in remission. The chemo had compromised his immune system and he could not risk surrounding himself with potentially sick people.

Two months into our training, his doctor informed him that he would need to go in for another round of chemo to prevent the cancer from returning.

Although life had presented him with a pretty good excuse, this man refused to be defined by his circumstances. I would have gladly let him take some time off to focus on beating the disease once and for all, but he would have no part in that. We put together a plan to allow him to sell from the hospital while on chemo and off he went.

Instead of calling in sick, he led the team in sales that week!!!

During my time in management, I have heard just about every excuse under the sun. We’ve all been guilty of falling victim to circumstance and explaining away our lack of performance in life and business…but not this man.

His attitude throughout all of this has been nothing short of amazing and as a result he has inspired those around him to do great things, both at home and in the office.

I am extremely proud to have Mike Van Meter on our team here at Mobile Homes Direct. His passion for life and for helping his customers is contagious.

Our company has been committed to delivering what we promise our customers regardless of what excuses may present themselves from the start. It wasn’t until Mike came along that we truly understood what that meant.